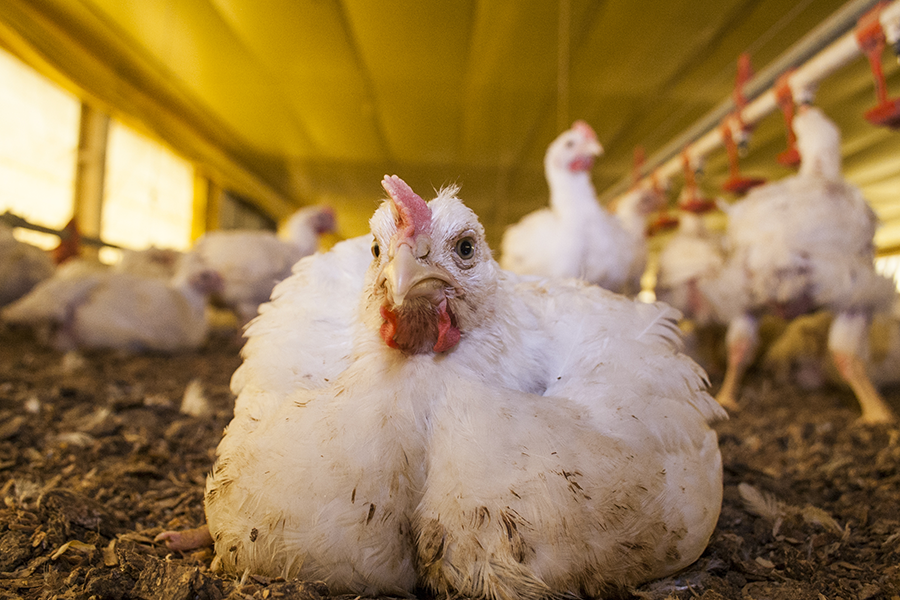 Poor old animal agribusiness. It is getting hit from all directions. According to Feedstuffs, the authoritative weekly newspaper for agribusiness, “The 1990s will be a difficult decade for animal agriculture with consumption trends, cost/price squeezes, food safety, the environment, and animal welfare all influencing production systems.”

Citing the United Kingdom as a harbinger of things to come, Feedstuffs says that “the consumption trend for many animal products has been downward since the 1960s.” They note that in all affluent countries where meat, milk, and egg consumption has been high, rising concerns over food safety, animals, diet/health, and the environment are driving increasing numbers of people to vegetarian diets.

The public, it seems, is beginning to put two-and-two together. But before we start rejoicing, bear in mind that these new dietary trends do not end the struggle, they merely change the struggle. Now under fire, animal agribusiness will fight back with all its considerable wealth and power. Above all, it will increase efforts to manipulate public opinion. It must, according to Feedstuffs, build “a closer relationship with the consumer.”

In other words, the struggle over public opinion is going to intensify and we will have to do much better homework if we want to do well for animals and Earth. Good intentions are not enough, nor are some of the sketchy facts and figures and the shaky arguments now being recycled in the flyers and fundraising letters of animal protection groups. We need to understand the realities in the animal industries if we want to give credible information to the public. We need to be genuinely well-informed to counter the lies, distortions, and cover-ups put out by agribusiness.

We can start with something that agribusiness has been using to its advantage in the debate over factory farming and cruel husbandry practices. They have been very successful so far in arguing that animal productivity depends on animal well-being, that business considerations guarantee the best treatment of animals. This seems like common sense, and it is swallowed whole by people who need to rationalize their appetites for animal products. With in-depth knowledge, however, we can expose the deceit in this argument and show the public how it has been manipulated by agribusiness. 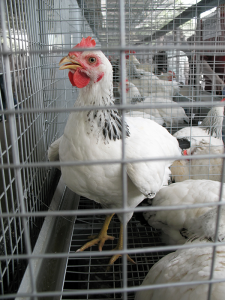 Let’s discuss the poultry industry because it is the most boastful of its intensive methods and its productivity. The key is to know the recent genetic history of today’s factory chickens and turkeys. Since the 1940s, when factory poultry production began, the industry has consistently bred for the fastest-growing, broadest-chested birds. As a result, commercial poultry are big-bodied and they grow twice as fast as the birds of the 1940s. Tampering, rather than pampering, grows poultry meat in huge volume at high speed — at a rate of about 1,000 pounds per second in the United States.

This has made cheap meat for consumers, but it has made monsters of birds. Our “butterball” turkeys are so chunky that they cannot have sex, so hatcheries must artificially inseminate their hens. Our “oven-stuffer” broilers grow so top-heavy that they can barely walk. From an industry point of view, this is built-in productivity; from a bird’s, it is built-in misery.

But missing the joys of sex and strolling are the least of their problems, for the fast-flesh metabolism can also kill them. Chickens can die from the “flip-over” or “sudden death” syndrome (SDS), which causes half or more of the deaths in broiler flocks. So-called because, in the words of an agribusiness newspaper, “birds are standing or walking normally when suddenly they squawk, jump up, gasp for air, and flip over on their backs.” In other words, the birds suddenly go into convulsions and die — probably of suffocation. Some poultry scientists, apparently more steeped in the traditions of commerce than of science, say that they are “baffled” or “stumped” about the causes of SDS. Others note that it occurs most frequently in all-male flocks and in fast-growing strains. It is caused in part by some of the very factory techniques aimed at increasing productivity.

“Continuous lighting programs and crowding, both of which increase bird-to-bird interaction and ‘social stress,’ tend to increase the incidence of flip-over,” reports a publication of Ontario’s Ministry of Agriculture and Food.

SDS kills an estimated two percent of broiler chickens, which seems insignificant until you consider that the industry raises over five billion birds a year. That’s over 100 million chickens a year suffocating and dying from, in essence, their own unnatural growth rates.

Then there is ascites, “waterbelly,” or pulmonary hypertension syndrome, another major killer of broiler and roaster chickens. It occurs in the fastest-growing chickens because their heavily-muscled bodies need more oxygen than their lungs can provide. This makes the right side of the heart work harder at trying to move more blood to the lungs. Gradually, the heart enlarges, blood pressure builds up in the vessels to the lungs, and fluid leaks into the lungs and body cavity. Eventually, many afflicted birds die of heart failure. According to a paper published by the Delmarva Poultry Industry, the condition “will continue to increase as our meat-type chickens grow faster and put more muscle on their small skeletons. “It kills 1 to 2 percent of U.S. broiler chickens — another 50 to 100 million birds — each year.” 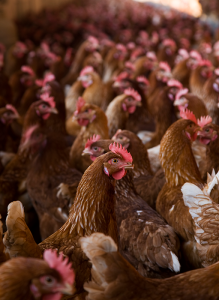 Finally, breast blisters and scabby hip, major killers of both chickens and turkeys, are also linked to fast-growing, heavy-breasted birds. As they grow, the weight of their bodies overwhelms their scrawny legs and they spend most of their time crouching — often on manure-soaked litter. This loosens chest feathers, exposes the skin and causes sores, which often become infected and kill the birds. So dies another 100 million U.S. chickens and turkeys every year.

You would think that these death rates would make a significant dent in the poultry factory’s productivity and profitability. But they do not; they are just one of the costs of doing business — another overhead item. Even with their pesky problems, industry’s high-speed meat machines are profitable.

Armed with these facts, you should be able to explain that most of the animal factory’s productivity comes from assembly-line economics, from animals engineered to grow heavier, and faster on less feed. Productivity — along with suffering — is built in.