What You Can Do

Home What You Can Do 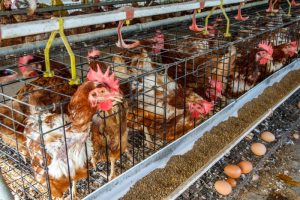 Individual dietary changes will not be enough. While you get your food shopping, preparation, and eating habits under control, you should work actively toward broader changes in agriculture and food policy.

Since consumer demand affects food supply, we should begin making the following demands:

1.  Demand a prohibition on the use of antibiotics, growth promotants, and other feed additives in animal agriculture. The Food and Drug Administration’s effort to ban or regulate these drugs are still underway, but they are being stymied by drug and agribusiness corporations. Without these shortcuts to genuine animal care and health, animal losses to crowded factories would be so great that factory systems and methods would not be profitable.

2. Demand an end to the public subsidies that prop up factory farming. If society is to subsidize agriculture, it could make much better choices about the kinds of production to be supported and the kinds of food to be produced.

3. Demand an end to tax-supported research and technological development of factory systems. The present funding scheme is one big boondoggle for the drug and equipment manufacturers. Demand that this money and expertise be directed instead to work on farming methods that farmers can afford and manage, and ones that give consumers safe, wholesome food.

4. Demand local markets and food cooperatives where farmers and consumer can trade directly. Every community has a square or park where space could be set aside for outdoor markets. Find the food cooperative in your community; if there is none, start one.

5. Demand meatless meals and non-factory farm products from restaurants, hotels, airlines, caterers, school lunch programs, and all other public food outlets. Let them know that you are aware of where food comes from and that you are worried about food produced by factory methods.

6. Demand labeling laws that would mark all factory-produced animal products. (Don’t settle for a statement to the effect that the farming systems have been approved by an animal welfare organization; there are some that will rubber-stamp anything just to get their name around.)

7. Demand that supermarkets and other food outlets separate factory and non-factory foods. There is precedent for this in state laws regulating the labeling and display of kosher foods and, in some states, ‘organic’ or chemical-free foods.

8. Demand a tax on meat and animal products that would provide funding to subsidize the production of other crops. This would be no more absurd than our present policy of subsidizing the production of what are essentially luxury foods. If people want to continue to prop up costly, risky animal production, they should have to pay a premium and the premiums could be channeled toward the support of better foods and production methods.

9. Demand an end to meat industry propaganda in local schools; demand to know how nutrition is being taught to your children.

10.Demand a turnaround in the U.S. Department of Agriculture policy so that it puts good food and farm livelihood first. The present prevailing pro-agribusiness bias is a national scandal that has driven millions of farmers from the land and saturated consumers with junk food.

11. Demand land reforms and zoning laws that would restore small, diversified farms closer to populated areas. Too much of the cost of food goes to transportation, handling, and profiteering as food moves from the farm to the consumer.

12. Demand that food products be labeled to carry the name of corporations owning the brand line. This would expose the monopolism behind the myth of a competitive food industry — and the lie that your ham, eggs, milk, etc. come from good old Farmer Jones down on the farm.

13. Demand an end to the animal products industries’ ‘check-offs’ which gouge consumers and small farmers for advertising that props up our wasteful diet weighted toward animal products.